Treasure Bay Resort & Casino survived Hurricane Katrina, but just barely. Situated on the Biloxi, Miss., waterfront, the treasure ship-shaped casino was nearly wiped out after the devastating 2005 hurricane, and the company was forced to renovate its hotel and restaurants.

Five years later, its restaurants have come back strong, selling 42,000 pounds of Gulf of Mexico shrimp annually. The resort's eateries include Infinity buffet; CQ, a fine-dining restaurant; The Den, a 24-hour restaurant and lounge; and the Blu lounge.
Now the Gulf oil spill is presenting Treasure Bay with yet another challenge. On the spot recently talked to Tim Miller, the company's executive chef, about the oil spill and its impact on seafood.
Blank: How has Treasure Bay's business been affected by the oil spill?
Miller: Business is a little off and our hotel bookings our down. Still, our fine dining restaurant has a beautiful view of the Gulf Coast and, from here, everything looks good. We are still a little beat up from Katrina, but we don't have anything, such as tar balls, washing up on the beaches.
What has your seafood supply and pricing been like since the spill?
Our shrimp prices are up a little bit. I assume that is because people are panicking and buying large quantities to put in their freezers. However, our vendors are not spiking prices on us and the availability of seafood is fine. We stock Gulf shrimp, which can come all the way from Texas through Florida, in our restaurants. We use Gold Band and Ameripure oysters. The local fisheries are having to switch oyster beds, but they are not out. They [officials] are only closing the oyster beds as a precautionary measure, not due to the oil.
I haven't heard of any of the local seafood species being in short supply. We are running speckled trout in our fine dining restaurant, and it is from a local source. We are also using lemon fish and softshell crabs and have not had any problems getting them. We are not panicking; we are taking more of a wait-and-see approach.
Which other regional seafood items and vendors to you use?
Quality Poultry and Seafood of Biloxi is our primary supplier, as well as Inland Seafood out of New Orleans. We use flounder, which has not been affected, from Seymour & Sons [Seafoods in Diberville, Miss.].
Which new seafood items have you added to CQ's menu?
We try to freshen our menu up once or twice a year. Our seafood items are well-received, and comprise about 40 percent of the entrées. We are adding a broiled oyster with garlic and parmesan, and we developed a softshell crab slider. In addition to our cold seafood cocktail, we are adding a hot shrimp cocktail. We ran a test, and that went over well. We also have a panko-crusted red snapper fillet, topped with lump blue crab meat and hollandaise. Most of our entrees are in the USD 25 to 28 range. We do a local seafood platter of softshell crab, lump crab, jumbo shrimp and oysters for USD 26 each.
Which seafood items are popular in the Infinity buffet?
Right now, we are featuring boiled crawfish. My food costs always go up during crawfish season. Customers start asking about crawfish when they know it is getting close. We also do fried Mississippi catfish, which is a big thing down here.
By volume and dollars, shrimp is the most popular item. We use around 26,000 pounds a year in the buffet. We do Dungeness crab on the buffet seven nights a week, and it is a pretty popular item. Of the top 30 most popular items in our buffet, 12 our seafood items.

Ten months after Hurricane Katrina hit the Coast, Biloxi's Boomtown Casino becomes the fifth casino to reopen its doors. The parking lot outside the Back Bay casino was full Thursday morning after the casino reopened. 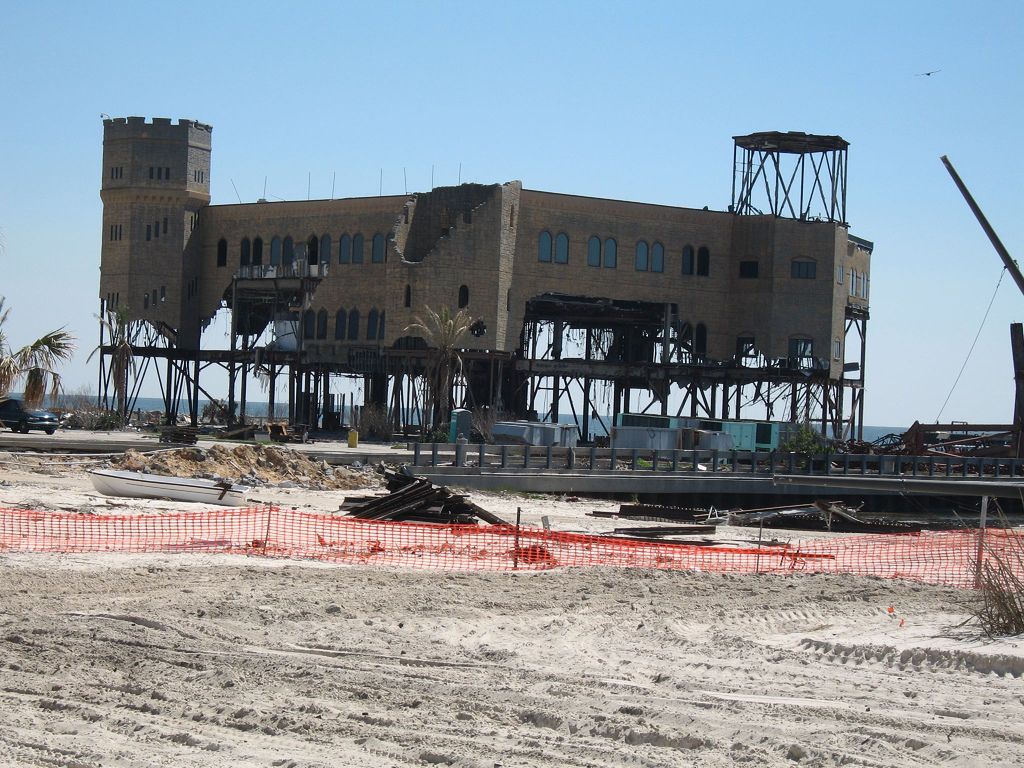 Unlike some of the other Coast casinos, Boomtown suffered extensive damages to its property but not catastrophic damages. The company had to send its casino barge to a Pascagoula shipyard for repairs earlier this year. There is still work going on all around the property as the casino has plans for growth in the near future.

Work crews were also busy Thursday replacing the damage signs across from the Imperial Palace that point the way to Boomtown off of Caillevet Street.

Boomtown joins the IP, Isle of Capri, Palace and Treasure Bay that have reopened since the hurricane in Biloxi.

Meanwhile, Treasure Bay is doing a brisk business in a very small temporary casino inside the property's Highway 90 hotel. Treasure Bay opened a small casino lounge in their hotel earlier in June. The pirate barge and waterfront restaurant complex has been completely removed from Treasure Bay's beach-side property and all that remains there is part of the casino's main sign. All of the company's activity is now on the north side of Highway 90 in their hotel, which is undergoing an extensive renovation in preparation for a September opening.

Access to Treasure Bay's casino is through a long temporary blue-covered corridor from the hotel's parking lot.

Besides the slot machines on hand, there is also a small restaurant. Conditions are not what you normally expect from a casino, but just getting open following Katrina is a remarkable achievement. Patrons seemed to be enjoying themselves and west Biloxi residents are already happy to have one of their favorite casinos open. 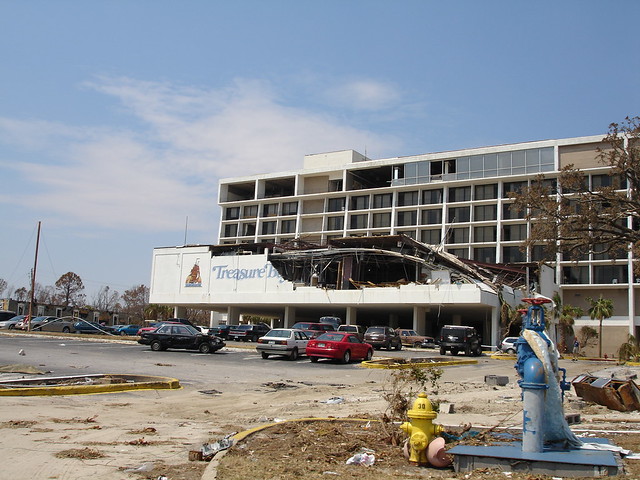 While much of the beachfront properties along Highway 90 remain cleared from the debris left from Katrina's destruction, few properties are seeing any reconstruction. However, a number of the beachfront road's smaller motels have been able to reopen, which are adding badly needed motel rooms to the Coast. There are no gas stations, fast food restaurants or stores open on U.S. 90 from Biloxi to Pass Christian.